Warning: A non-numeric value encountered in /home/customer/www/lima-lab.org/public_html/wp-content/themes/Divi/functions.php on line 5841

The main goal of our laboratory is to gain mechanistic insights into the neuronal processes underlying fundamental behaviors in females: the choice of a suitable mate and how to initiate and terminate sexual behaviour. To do so, we use mice as model system and a combination of approaches that include physiological, anatomical and molecular tools to dissect the contribution of candidate brain areas to the emergence of these natural behaviors. Our long-term goal is to test the hypothesis that mate choice has an impact on the regulation of sexual behavior.

How the brain controls key processes in sexual behaviour

The Neuroethology Lab (Lima Lab) focuses on several variables that influence sexual behaviour in mice. For one, as the willingness of females to engage in sex is limited to periods of fertility, the team investigates how sex hormones modulate neural activity and behaviour throughout the female reproductive cycle.

Second, the team also studies the mechanisms that ensure termination of sexual interaction in males. Finally, as reward is a central component in sexual behaviour, the team also studies reward processing in the brain. To gain insight into how the brain controls these fundamental processes, the team uses a variety of techniques, including electrophysiology, genetically-based imaging methods, anatomy and many different behavioral paradigms designed to address these various aspects of sexual behaviour.

The team works on several brain regions, but most of their efforts are centered on the ventral tegmental area, which is fundamental for reward processing and learning and on the medial hypothalamus, an area that is particularly important for female sexual behavior. In fact, recent advances in the lab include the establishment of the medial hypothalamus as a brain region where hormonal state and social information are integrated.

Female Receptivity and the Hypothalamus

Female mice, similar to females in other species, have normal fluctuations in their receptivity towards males, depending on the particular phase of the reproductive cycle. While males can be perceived as threats for a non-receptive female, the same individual will be accepted when the hormonal conditions of the female change. We are exploring, by performing extracellular recordings in the hypothalamus of freely moving females, how the orchestrated activity of neurons in this area can lead to a different behavioural output in response to males depending on the reproductive cycle.

Once receptive, females need to choose their mate, a process that involves acquiring information about available mates and which is dependent on prior experience. We have set up a behavioral paradigm to study assortative mate choice in the laboratory, and our results indicate that mate choice is set during early life. We are currently exploring novel avenues to understand how early experience affects neuronal circuits that might be involved in mate choice. Candidate brain areas that might be involved include the Islands of Calleja in the olfactory tubercle, a region that has been implicated in the rewarding aspects of olfactory stimuli.

Once the decision of whom to mate is made, females engage in sexual behaviour, which like any other behavior will have to be terminated. We believe genital sensory input received during copulation if necessary for behavioural termination and so have been exploring which brain areas are the recipients of this information, in combination of detailed analysis of female sexual behaviour. Our goal is to then manipulate these brain areas and hopefully disrupt sexual arousal in females. 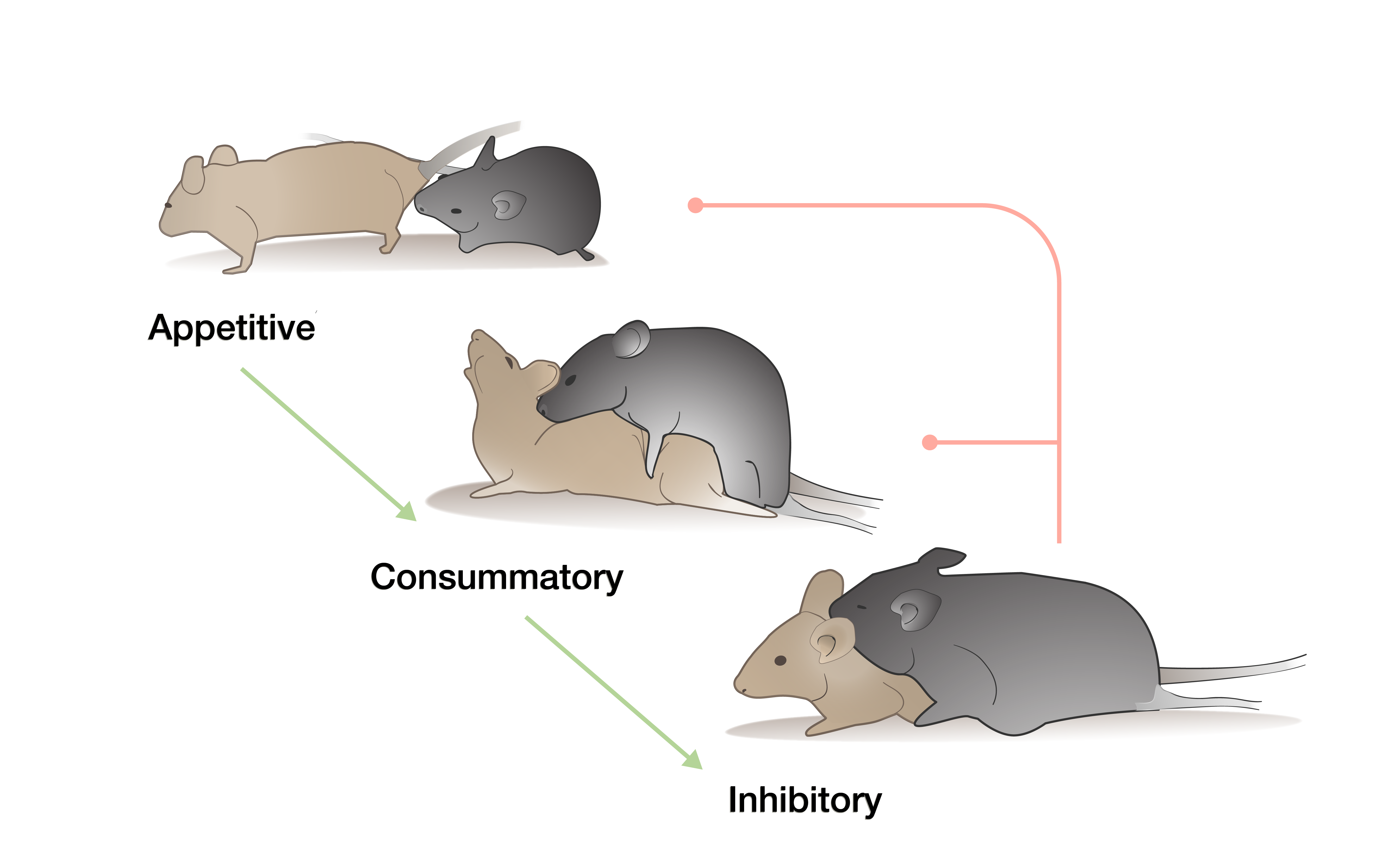 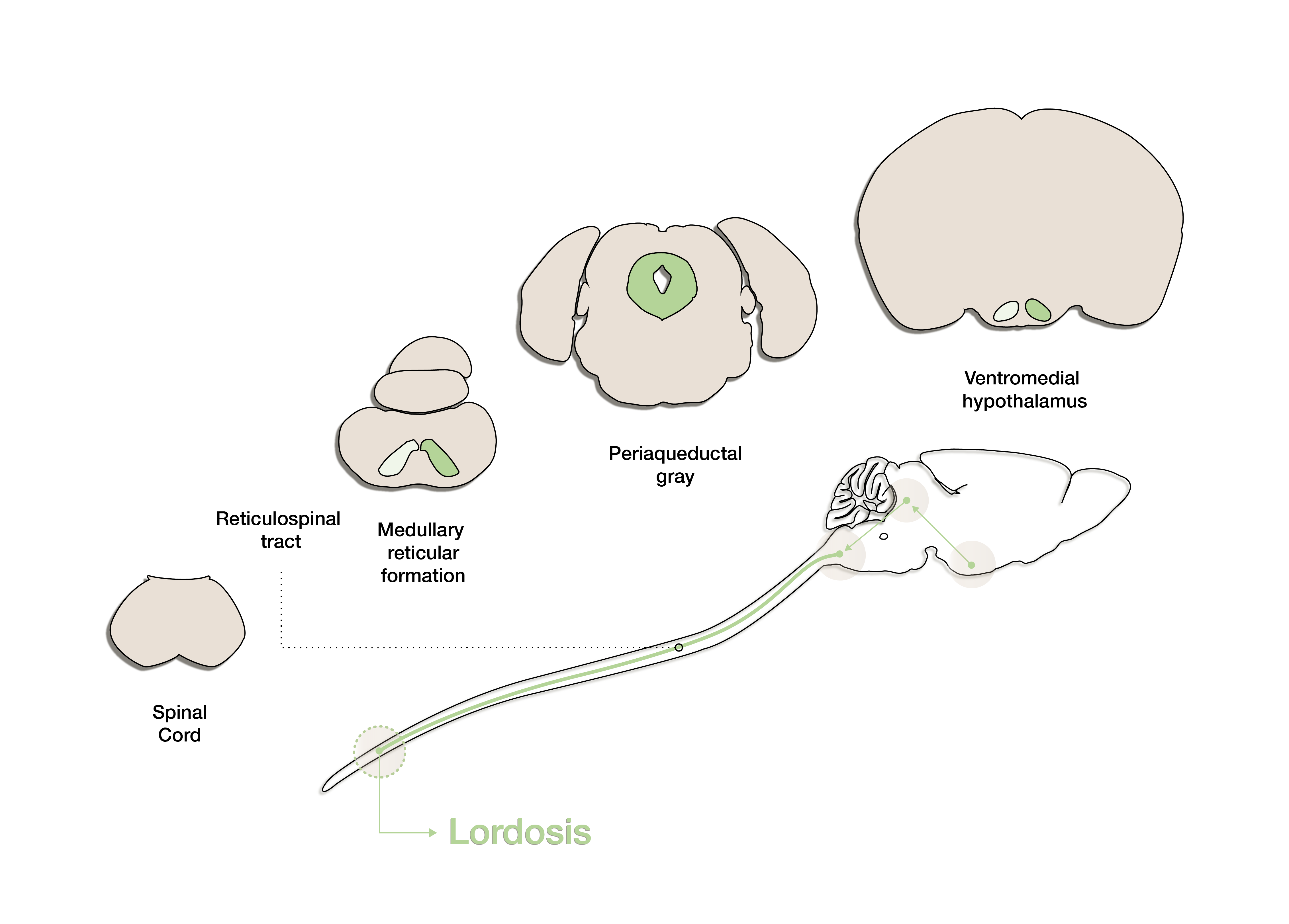